The site has electrical generation from a 500kW wind turbine, as well as solar PV and fossil fuel generation, providing domestic and commercial consumers.

Distgen Ltd collaborated with the Faccombe estate management and the land owner to repower an old Carter Wind Turbine (WT) which was originally commissioned in 1993 with a larger Vestas V39 500kW WT in 2012.

The new 500kW WT inherited the legacy grid infrastructure which could not cope with the increased power production levels; resulting in WT’s electricity export to be constrained to a maximum of 300kW.

The objectives of SMC project was to: 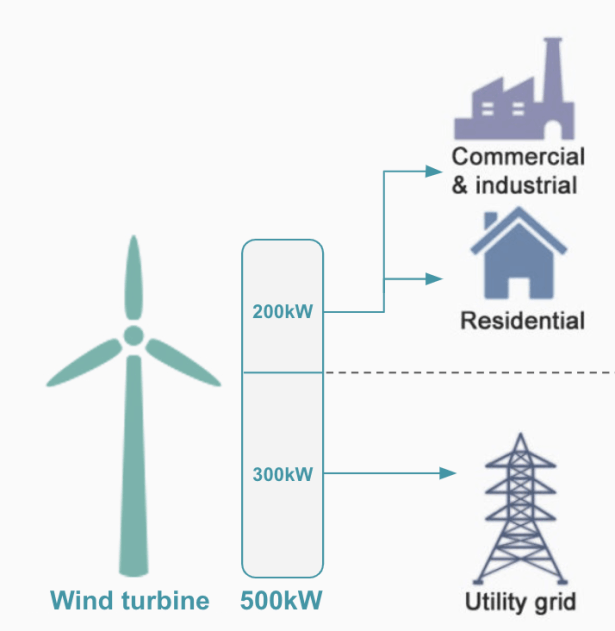 We installed a number of Mediation Devices across the consumer’s premises to monitor their real-time consumption data from the grid.
The data is then processed and the aggregated consumption figure is automatically fed into the wind turbine’s control system as additional sum to increase the export limit.

Electricity from the turbine flows into the Faccombe Estate and helps offset usage within the manor house, a local pub and some farm buildings. Surplus energy is passed back onto the local grid and consumed by houses within the village.